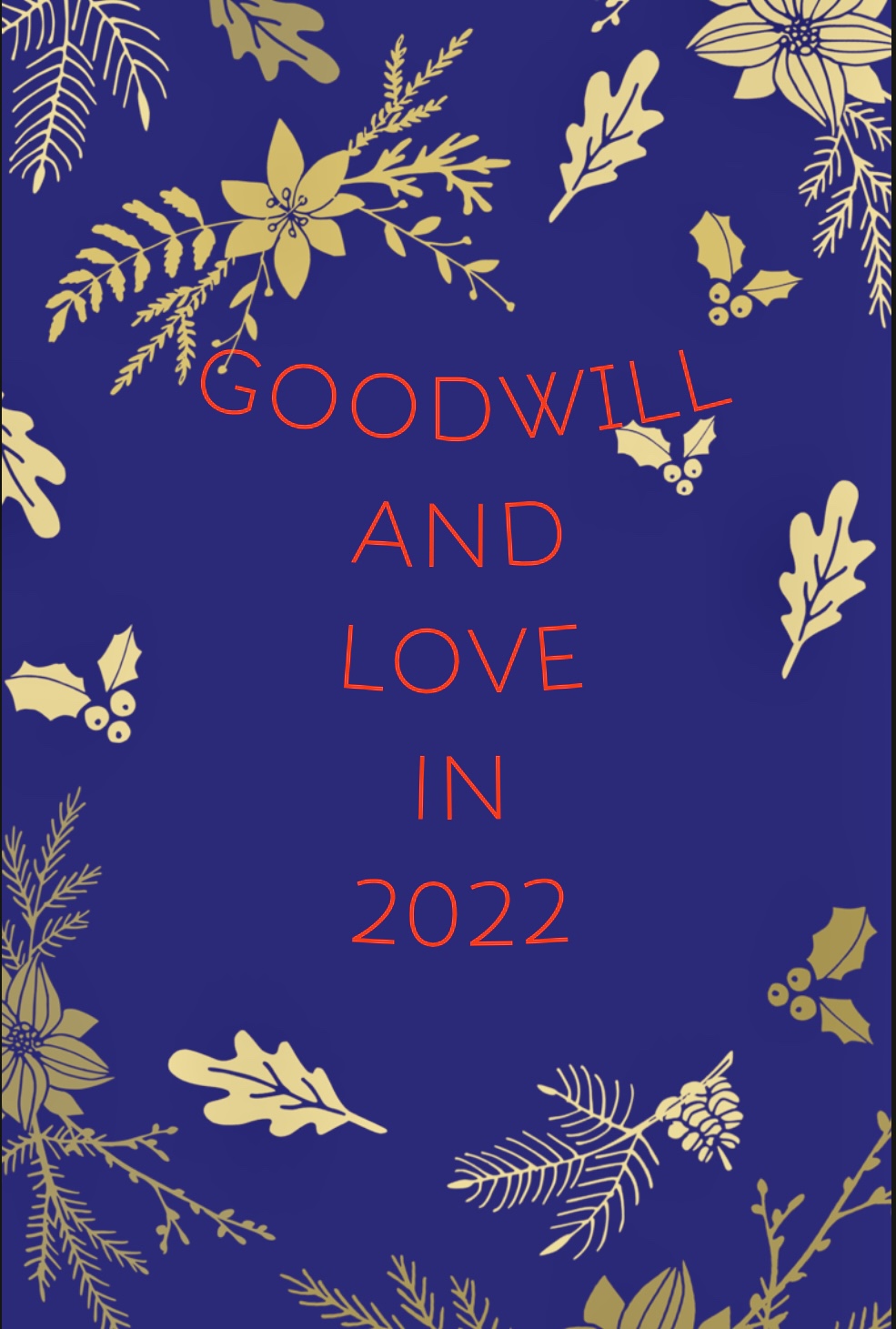 I think it’s safe to say that, by now, all the Christmas presents are opened, the New Years parties are wrapped up in trash bags, and stores are starting to look a little pink. In a culture that is constantly moving forward and craving more, we are already looking on to the next thing. Before we fully immerse ourselves in a new year, though, I want to pause and remember the feeling of last year’s holiday season and bring it into this year.

It’s not just about the relief of finally gathering together for a magical holiday season. Really it’s about the feeling of every year-end holiday season. Somehow, between January 1st and February 14th, the sentiment of sharing the love becomes smaller. It’s not quite self-centered, but the sphere of sharing definitely shrinks. It’s almost as if “goodwill to all men” becomes “goodwill to some men”.

During the Christmas season, angel trees are put up, toy drives are arranged, and in front of every major store (or at least every Walmart) there’s a volunteer cheerily ringing a bell and wishing you a “Happy Holidays” as you drop in spare change. Where then are those same stations on February 14th? Or any major holiday throughout the year? Why isn’t there a candy drive or, possibly a better option, a stuffed animal drive? Where are the community blanket and food drives? The places and people we recognize as being in need during the end-of-the-year holiday season are still in need come January 2nd. The people we’re a little kinder to still need that kindness and thoughtfulness.

Are we only a people who are thoughtful and full of goodwill when we’re told to be? As if we’re attempting to wrack up those nice points hoping to be elevated in the opinion of others so that they’ll forgive whatever thoughtlessness we operate with in the next year? Goodwill and thoughtfulness are not wellsprings within us that run dry, and if they are then we are truly shallow people.

More than a Slogan or a Challenge.

Let’s let the adorableness of Jesus in a manger morph into something more. Something that’s lasting. I mean, isn’t that what we’re called to do? Let’s be frank, Jesus’ birth and the sentiment of goodwill to all men is not a campaign slogan. That’s not what it was ever meant to be, yet that’s exactly what it has become. A timely slogan that is used either to up the sales of a store or the attendance of a church. It has become a pretty wrapping paper for a season that will be wadded up and thrown out with the rest of the year come January second.

In the same way, being thankful isn’t something we should only seriously acknowledge in November. Being truly thankful isn’t a 30 day challenge we post on our social media. Or should I say attempt to post because let’s face it, how many of us diligently fulfill those challenges on time? When we become genuinely thankful for the things in our lives, and regularly acknowledge those things in a meaningful way, it becomes easier to share our thankfulness and spread the love to others.

If we need more proof that this happens, we need not look any further than New Year’s Resolutions. Something that should be serious, that could enhance our lives, has become a running joke. We begin the year with the best intentions, but lose those intentions before winter even ends. We become wrapped up in other distractions and excuses, or worse we have no intention of truly following through with what we said we would do. Is that how we truly want to begin a new year? By failing to fulfill a promise we made to ourselves or others?

What would happen if we not only carried those feelings over into a new year, but took them seriously? Lives would be changed, and not just that of other people. Our lives would be changed. We would be richer for it, earning true wealth and not the fickleness of materialistic gain. Our characters, who we are, would be enhanced if we learned to carry on the sentiment of goodwill to all men and genuinely lived it. If we searched out where there was a need and did what we could to help fulfill it. The thing is, we can invite others to join in. We don’t have to shoulder such things alone, but maybe we do need to be the first ones to step up and start living it.

Mahatma Gandhi’s quote, “Be the change you wish to see in the world,” has become another pretty paper wrapping. It is so often quoted as a lesson for others, yet rarely carried out by the person lecturing it. And yes, in the spirit of transparency, I am also speaking to myself on this one. The thing is, the world doesn’t have to mean the grand scale of the world. When we view it that way, it can be quite daunting. But what change do we want to see in our world, our sphere? That could mean anything from our home to our job to our town. Worry about making a change in your personal sphere before worrying about making a change in the grand sphere.

In this reasoning, search out where you can spread the goodwill to all men, not just the “some” that are immediately in your life. So there are no angel trees or basic needs drives going on. That doesn’t mean you can’t contact shelters, children’s homes, or food banks to find out what their needs are then help fulfill those needs. Encourage those around you, whether they be coworkers, friends, or your own kids, to help in some way. You don’t have to be pushy, simply ask if people would like to spread the love.

This doesn’t have to be a year long commitment, as, again, that can be a bit daunting when you’re at the beginning of such a journey, but remember that we spend two months, maybe even three for those who really like to plan ahead, touting the signature sayings of the holiday season. So start there. Aim for a month or a quarter, find where there’s a need that you can help with and consistently fulfill it in some way. The point isn’t for personal gain, there’s no little elf keeping track of your nice points, it’s to look beyond ourselves and truly live a life of goodwill to all men.

Dig deeper into the wellspring of goodwill and thoughtfulness that does indeed dwell in all of us, and remember that we can genuinely live out the holiday spirit in a non-cliché way all year.

What are some ways that you can think of to live a life of goodwill to all men?

Let me know in the comments!