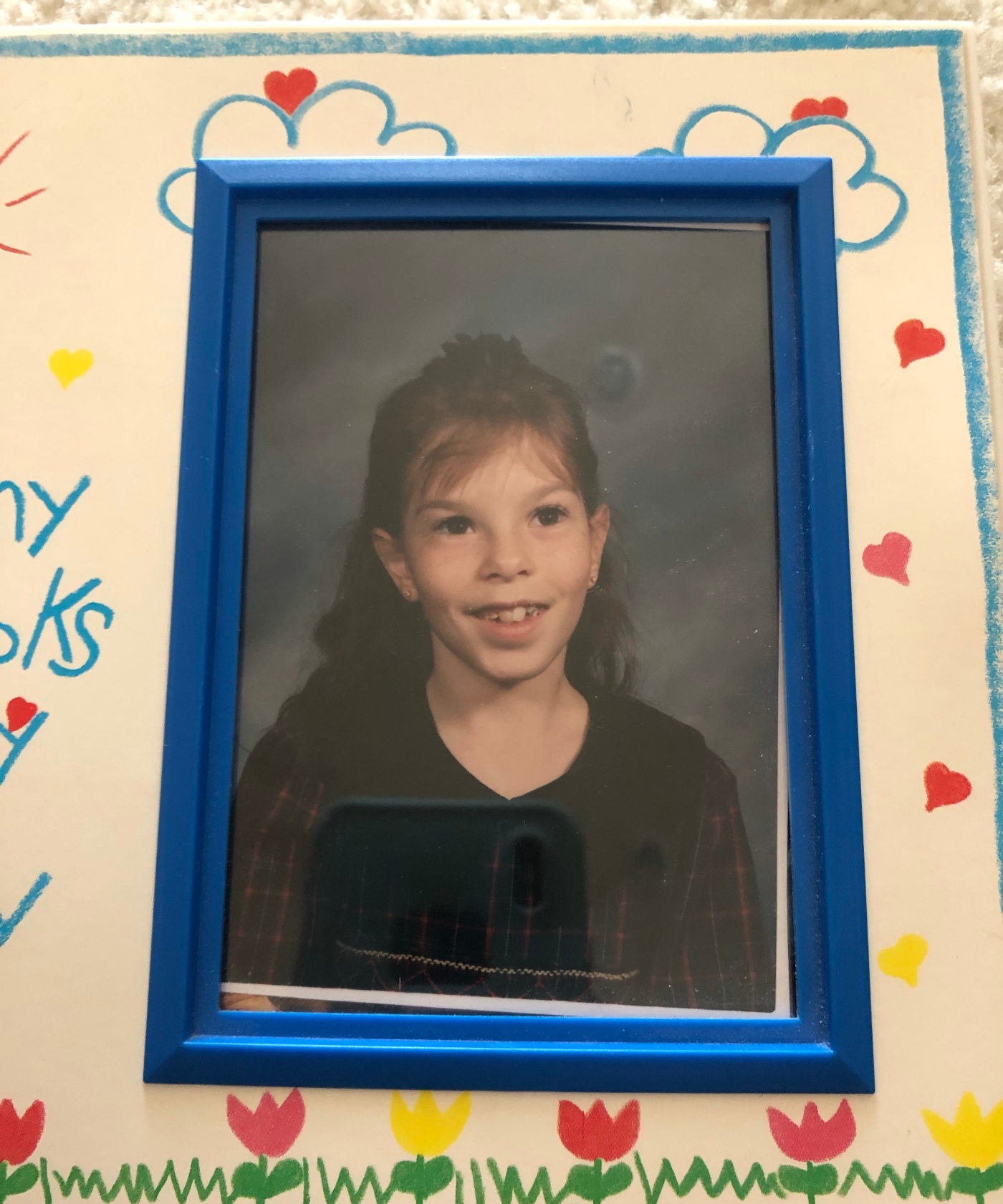 I was born with the congenital heart disease, Tetralogy of Fallot with Pulmonary Atresia and I had five heart surgeries before the age of three. In the middle of all of that, God spoke and told us that He was going to give me a new heart. I stood on that promise for twenty-two years before we saw the full confirmation of that happening. He healed the hole in my heart when I was ten. The valve they used to replace my missing pulmonary valve should’ve stopped working when I was thirteen, at the latest. My cardiologist looked for it and could not see it because of the heart tissue and there has been nothing that has indicated any problems.

But that isn’t the end of my story, or of God’s hand on my life.

When I was eight, my family did your typical summer day activity and went swimming in a lake. However, the lake was contaminated with chemicals and I ended up getting sick. Around that time, we were also in the middle of preparing to make a big move, going from California to Oklahoma to be closer to my mom’s family. I don’t remember much about that time. What I do remember is a vague memory of just lying in middle of our empty living room (I think it was empty) as my parents argued in the other room.

It’s like a time-warp. I remember swimming in the lake, having fun, then lying in the living room crying, and then being in the car as on our way to Oklahoma. I was feeling better in that last memory, as well as taking some medicine while sitting in the car.

We had plans to stop at a campsite in Arizona for a few days and see the Grand Canyon. At some point after crossing the state line, I started not feeling well. It was hot so I asked for a wet wash cloth. I laid down on someone’s lap–maybe my dad’s mom?–and fell asleep with that cool washcloth on my face.

When we arrived in the campsite, my mom excitedly told me they had horse rides. In any typical situation, I would’ve jumped up and craned to see the horses, sick or not. However, this time, I didn’t move. Thinking me asleep, my mom tried to shake me awake. When she removed the washcloth from my face, she saw that my lips were navy blue.

What can I say about that car ride? Somehow, miraculously, my mom woke me up. She tells me that she was on the CB radio, frantically getting directions to the nearest hospital as my dad drove. I just remember her telling me to stay awake every time I told her I wanted to go back to sleep. I’m pretty sure I eventually just leaned against her and tried to go to sleep anyway. She says when we reached the hospital, she grabbed me, charged in there, and yelled, “I have a heart patient and I need oxygen NOW!” I remember being placed on a table and looking up at the bright lights in the ceiling.

I have to laugh because it sounds like a movie scene, but it’s true. It’s also my last memory for awhile. Well, apart from the being woken up at night so the nurses could pound my back to break up the guck in my lungs. I was in the hospital for almost two months. They knew I had pneumonia but they had to call in a specialist because they didn’t know what kind of pneumonia. I was eventually diagnosed with a severe case of Chemical Pneumonia. The doctors told my parents that if my mom hadn’t kept me awake on the ride to the hospital, I might not have ever woken up again.

I know without a doubt that it was God who kept me alive until I could get help. When I was released from the hospital, I was released with giant oxygen tanks that I had to cart everywhere. I had to delay starting school because I was still on oxygen, though I know I walked those halls at least once while dragging one of those giant tanks behind me. I was probably enrolling in the school and meeting my teacher when that happened.

Getting dressed was so fun, too. I’d line up my shirt just so on my bed, quickly take a big inhale of oxygen before removing the mask (a nasal cannula type), then put my shirt on as fast as I could before jamming the mask back up my nose.

Now this last part, you can take or leave as it could just amount to childhood imagination, but it feels like such an important part in my mind of that time that I have to share it. As a child, I don’t know for how long, I’d always thought I “heard” God and Satan fighting over me. The last time it happened was as I was lying in that hospital fighting for my life, again. As I got better, it was like God claimed the victory once and for all on my life. Like I said, maybe it was childhood imagination, but I have never been as sick or near death since then. Sure I’ve been sick and attacked in other ways, but never like it was in those first eight years of my life.

Sometimes I think my life is crazy enough for fiction, but this is truly part of my testimony. Not just that God sent His Son to die for me so that I could be reestablished in relationship with Him, but that He has continually saved my life here on this earth.

Maybe your life hasn’t been as dramatic as mine has. Maybe it has. Either way, I want to tell you that God has His hand on you, and His hand is not one of pain and suffering. James 1:17 says that, “Every good and perfect gift comes from the Father, in Who there can be no variation.” Paraphrasing of course. That means that anything good that has come to you in your life, comes from God. Yes, there is bad, but that is the result of sin’s deviation from God’s plan.

Maybe you are so swamped in the bad that you don’t know when the last time something good happened to you. Maybe you are fighting for you life, whether just to eat from day-to-day or if you’re fighting against a sickness that brings you closer to death on this earth. I want to tell you that God sees you.

God sees you. He will not leave you alone in that darkness. He has promised to give you rest and shelter. All it takes is to call on His Name. It’s not some great prayer full of hard to pronounce words or complicated jargon. It can simply be His Name. Jesus.

I invite you today to call on God in Heaven. He is sure to answer. He will lean His ear toward you and listen to your earnest calling. He will turn His face toward you.

This isn’t the end of your story, or of God’s hand in your life.

You can find the full story of my birth here.

3 thoughts on “My Story Continued.”