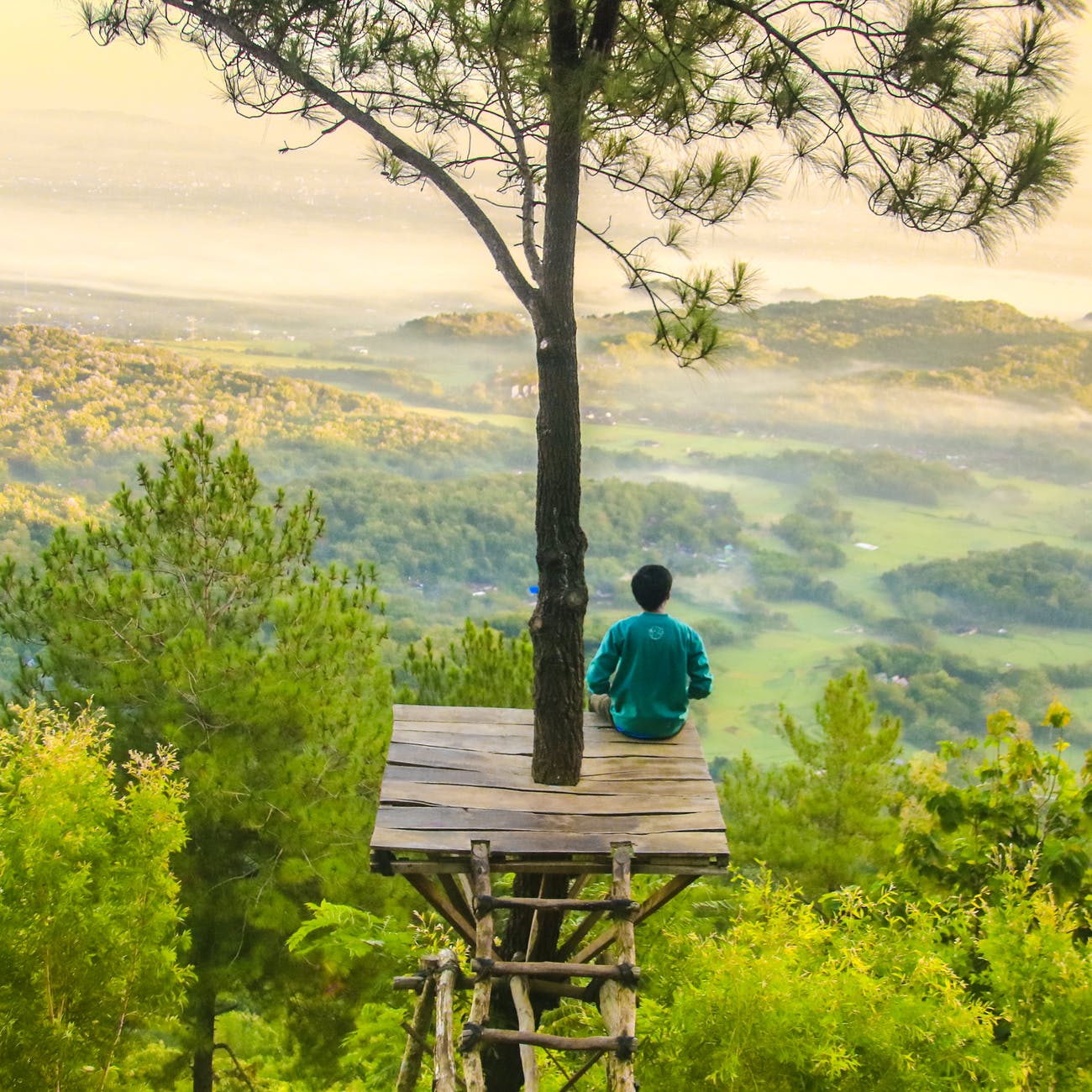 And the Lord God took the man and put him in the Garden of Eden to tend and guard and keep it…And out of the ground the Lord God formed every [wild] beast and living creature of the field and every bird of the air and brought them to Adam to see what he would call them; and whatever Adam called every living creature, that was its name.

God’s plan was a partnership with man over the earth. He told Adam to care for the Garden. That stewardship did not end with the curse of the fall of man. We are still called to be caretakers of this world and all the living things in it, including each other.

It is not enough to simply pray for God to end world hunger and then sit back in our chair to watch Him do it. We must take action as well. It is not simply enough to pray for the homeless or the orphan for God to care for them, we must reach out and offer the help needed.

And when the woman saw that the tree was good (suitable, pleasant) for food and that it was delightful to look at, and a tree to be desired in order to make one wise, she took of its fruit and ate; and she gave some also to her husband, and he ate.

But at the very root of the curse of the fall is greed: to want to have something whether it benefits those around us or even ourselves. Both Eve and Adam (who also made the choice to take and eat) wanted what the fruit offered for themselves more than they wanted to trust God. They only saw what benefits they would have and not the damage it would cause.

Many people fall into addictions for that greed. Always wanting more, more, more, they continually dig further, never realizing that only by doing the opposite will that hole we feel be filled. People work their whole lives to attain wealth and worldly possessions, and as they do so the crave for more increases. Few realize that the more they’re trying to fill will only be filled by letting go and sharing what they have.

Jesus’ whole ministry is an example of God working in partnership with man. Even His conception was a partnership between God and Man. Jesus would not have been able to fulfill the Law and all its regulations without first being born from Mary. After His ascension, Jesus sent His Holy Spirit to reside upon us as another form of partnership.

Jesus isn’t the only one who worked in partnership with God, either. Long before Him, His ancestor David was in almost constant partnership with God and he was deemed a great man. There are many instances I could give, but the one that comes to mind now is in 2 Samuel 5 during a battle with the Philistines in the Valley of Rephaim.

When David inquired of the Lord, He said, You shall not go up, but go around behind them and come upon them over the opposite the mulberry (or balsam) trees. And when you hear the sound of marching in the tops of the mulberry trees, then bestir yourselves, for then has the Lord gone out before you to smite the army of the Philistines. And David did as the Lord had commanded him…

David constantly “inquired of the Lord” about his actions. He worked in partnership with God to lead and guide Israel. The few times he didn’t, he acted selfishly; greedily. He acted in a way that was hurtful, and caused harm, to others.

When we act out of a partnership with God, great things can happen. What would happen if all of those who reside on earth acted in that partnership? How might the very earth itself flourish? God is going to make a new earth free from the curse partly because of the people who dwell in it have the revelation of being gardeners, partners with God. Working in tandem with God to bring about a prosperous and life-giving way to live for all.

Jesus broke the curse of Man and when we accept Him into our hearts, the hold it has on us is broken as well. It is then our choice whether we will continue to operate in that curse or whether we will operate in partnership with God.