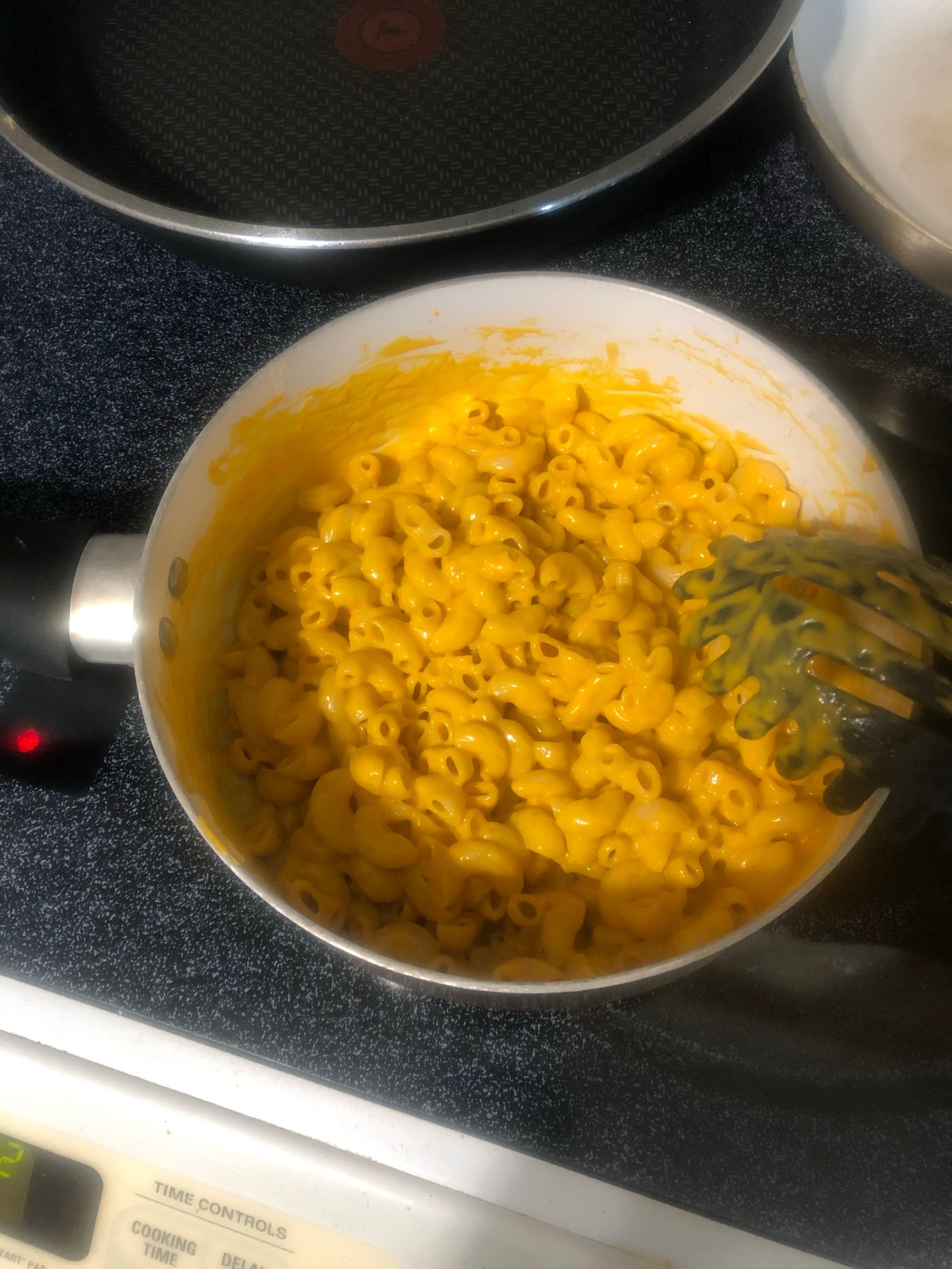 Well I did it. I made the deluxe cheezy mac from the Daiya brand to test it out. Even though we’ve enjoyed the allergen-friendly pizza from Daiya, and have heard rave reviews from personal friends, I still tried not to get my hopes up, just in case. Long story short, this week we bought two boxes.

I’ll let you know right away that there is a slightly weird after taste but that is something I’ve found happens almost always when it comes to allergen-friendly foods. However, the after taste was not so strong, or wrong, to turn us off of it. It was easy to make, requiring less prep than the non-allergen-friendly brands. In fact, though it was a box mac n cheese, the whole of it was more along the lines of mac n cheese on-the-go cups. The macaroni is prepared the normal way of all pastas, boiled in 6 cups of water. The cheese sauce is pre-made and only requires you to massage the packet to mix the ingredients. Drain the macaroni, pour in the cheese sauce, mix it all together and voila, your deluxe cheezy mac is ready for consumption.

I was a little concerned because the macaroni is made with brown rice and the consistency of past brown rice pastas have left us unsatisfied. (Read gritty and not tasteful.) I need not have worried. The consistency was perfect. Honestly, if it wasn’t for the after-taste, we never would’ve known the difference. I ended up having a second helping the night I made it. The kids were ecstatic and absolutely loved it. Even the hubby liked it! For me, his approval is a true testament as opposed to the kids’ and mine simply because he can be pickier than us about food. One of the first things he said about it was that it smelled like Kraft’s mac n cheese. It probably goes without saying but I’m going to say it anyway: it is so nice to have mac n cheese back in the house! It was so good, I forgot to get a picture of it on my plate.

If you have bemoaned giving up mac n cheese due to diet changes then bemoan no longer. The Daiya Deluxe Cheezy Mac is the perfect fix for your mac n cheese cravings. Happy Eating!