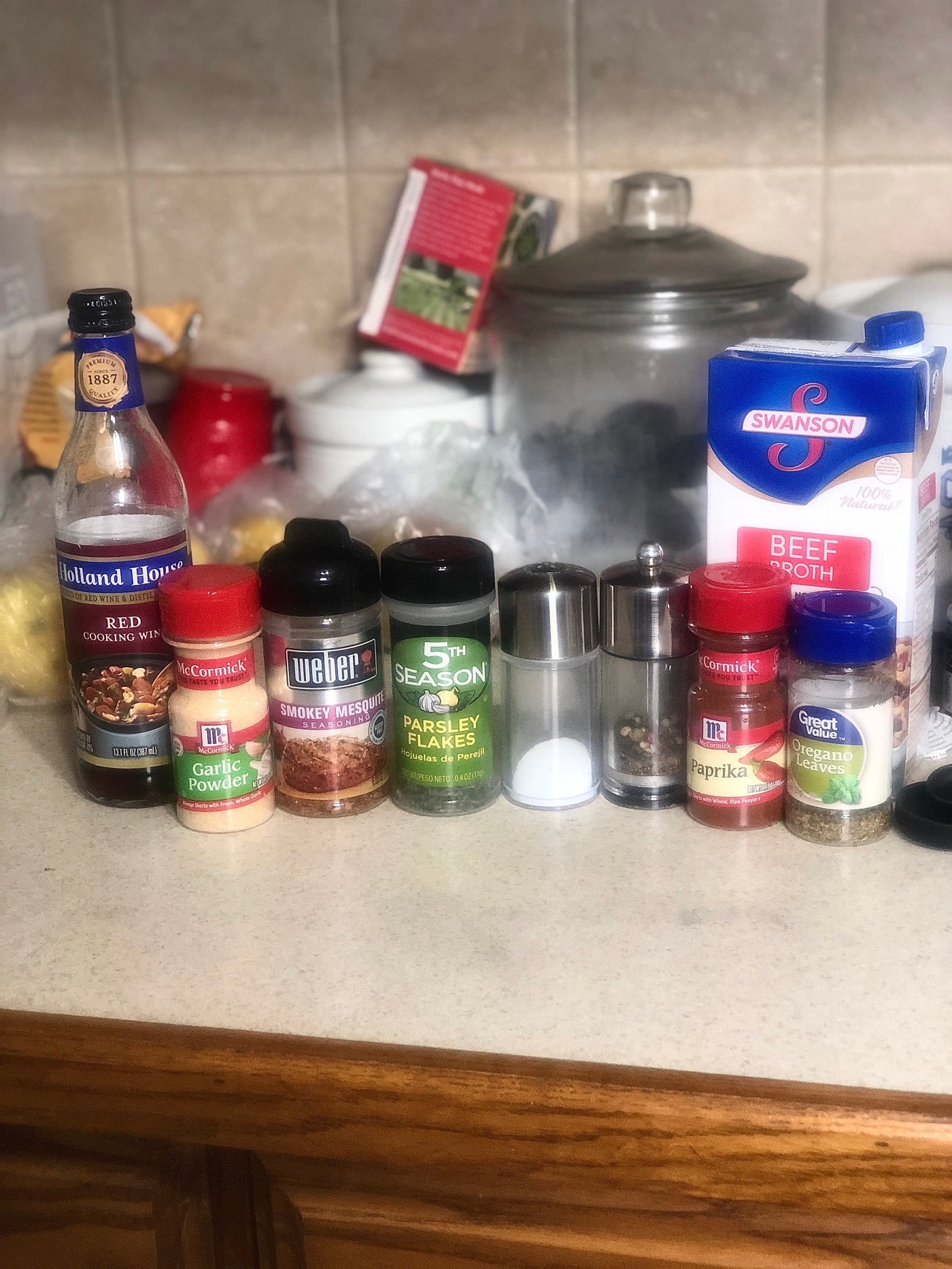 A couple of weeks ago, my husband accidentally bought me Red Cooking Wine instead of White. I wasn’t upset. I just shrugged my shoulders and said that the taste would probably be a little different but it wasn’t a big deal. I had not used the red cooking wine before, though I do prefer drinking Red Wine to White Wine.

During the same shopping trip, he bought a crockpot pot roast kit as well. Unfortunately the seasoning packet that comes with the kit has ingredients in it that the kids cannot have. So I figured, what better time to experiment with the Red Cooking Wine?

I started off by mixing my own spices together. I ended up rubbing most of it into the roast itself and had to mix together a little more pour over the vegetables as well. I then chopped up the red potatoes, carrots, onion, and celery that comes in the kit. The carrots were baby carrots so some people might not bother with cutting them up, though I do because of tiny mouths. Usually I try to mix them as I cut them up but apparently I didn’t have the patience for that this last time so I stirred them up with a spoon. I used one cup of beef broth instead of the cup of water the instructions call for. I then poured in three-fourths cup of Red Cooking Wine.

All-in-all I think the roast turned out well. It was a little bit rich, though. I’m thinking next time I’ll use half of the cooking wine and see if that helps. Otherwise it was a simple meal fix, even with the extra step of spice mixing, and a great introduction to cooking with Red Wine.

What is your go-to when cooking with wines? Do you prefer to use real wine or those designated for cooking? What about flavor? I’ve used Sherry, White, and Red, so far, and I think I prefer the White. If you haven’t used cooking wine, is it something you would want to implement into your own cooking? I’d love to know your answers! Happy Cooking!