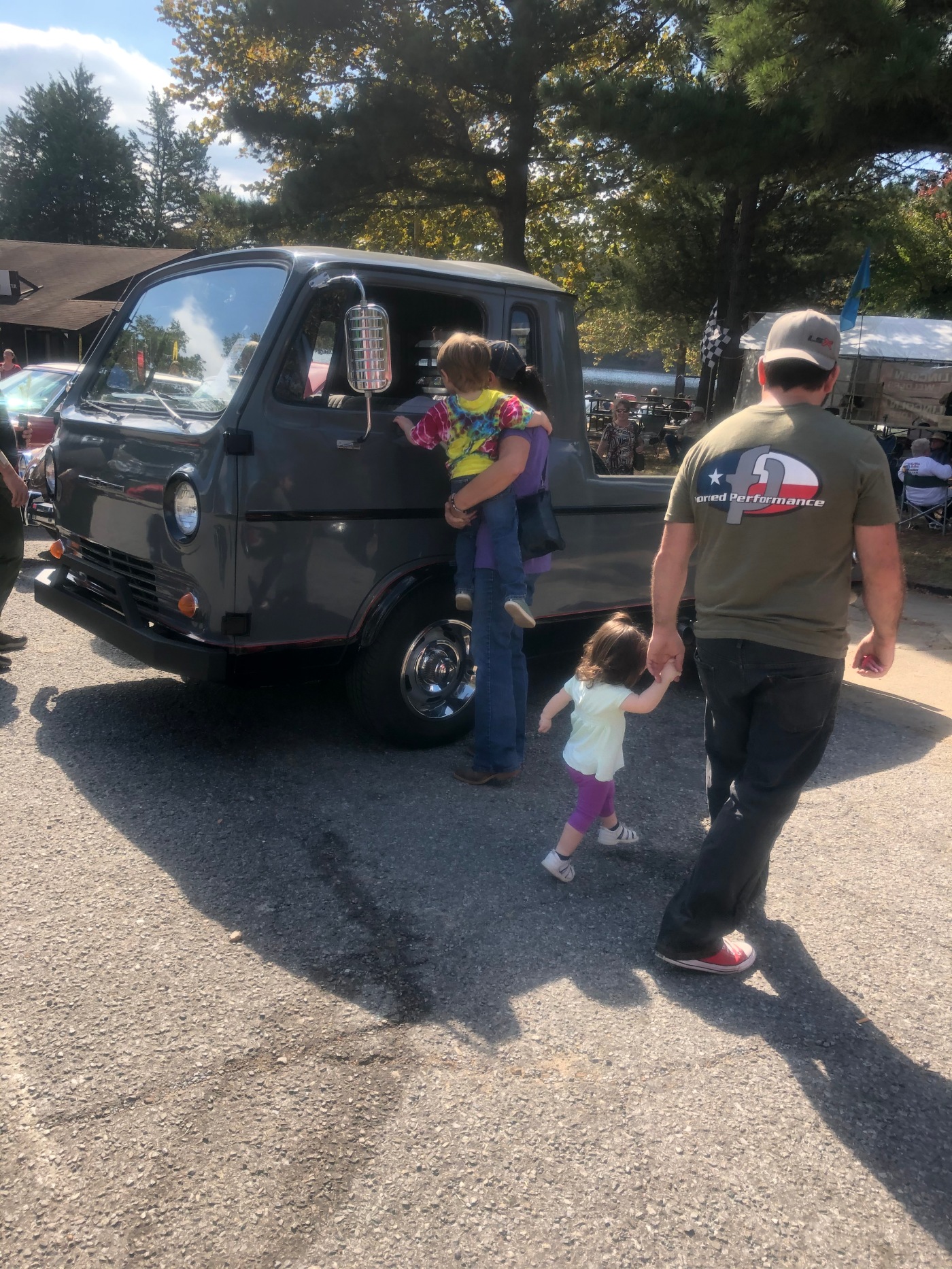 My family is very much the indoors type. My husband is a gamer and I am a reader. If I’m going to be outside then there had better be a pool for me to swim in. I think this past summer was the most we have spent outside since the early years of our marriage. This last weekend, however, my family and I attended a Fall Festival at Robber’s Cave National Park. There was a car show with a sea of cars and vendors upon vendors. There was a small fair set up as well, but we didn’t spend a lot of time in that portion. It was a nice day, what I considered a beautiful fall day though I’m sure some people considered it too warm.

For most of the day it was just the four of us. We finally put our double stroller to good use. I think we’ve used it once or twice since we bought it a year or so ago. Both my hubby and I were tempted to make big purchases as he found a baby tortoise and I found a vendor who hand-made a Ravenclaw House cloak, but in the end we managed to pull ourselves away from them. I did end up purchasing a scrunchy because Isbe pulled her hair tie out in the car and we couldn’t find it again so I ended up giving her mine to use. The kids, of course, each came home with special prizes. Ade won a game at the fair and picked an inflatable emoji-person thing, and Isbe spotted a Baby Shark pillow that she didn’t want to part with. We eventually found my mom and step-dad and spent the last hour or so walking around with them. The funnel cakes were definitely calling my name, but again I refrained. It was such a fun day for us and we were all completely worn out by the time we left.

I felt so refreshed the next morning. I don’t know if it was just getting to spend time together as a family or if it was being in the outdoors that did it, probably both. I could definitely go for another weekend like that.

What is something fun and special that you guys do as a family? Is your family more of an indoor or outdoor type or even a mix? Do you celebrate the beginning of autumn or the beginning of summer more? Let me know, I’d love to hear from you!