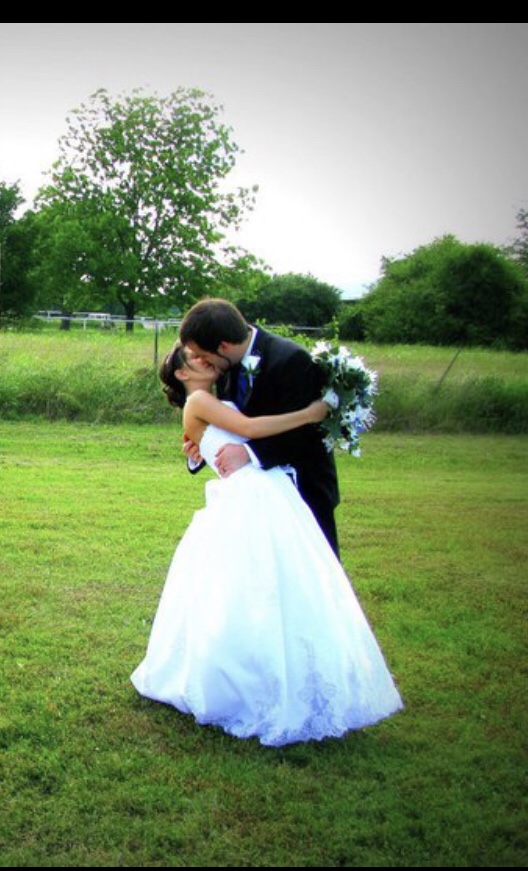 Tomorrow my husband and I will celebrate nine years of marriage. Nine. That seems like such a crazy number to me. I mean, wasn’t it just yesterday I was in my wedding dress shaking from nerves? In honor of our anniversary, I’m posting a revelation I had two years ago. I’m not perfect and I’m still working on living by it, but it’s one I feel needs to be shared and re-reading it reminds me of the work I am called to.

As a girl who loves fairy tales, I’ve always looked for my ‘Knight-in-shining-armor’. For so long I was content to let my Heavenly Father be that Knight. Unfortunately that also gave Him a temporary feel in that role until “The One” came and I was swept off my feet and carried off to live in Happily Ever After land.

Another ‘unfortunately’ is that marriage does not take place in that land. In fact, all too often it appears that marriage takes place on the battlefield. Or rather that the Kingdom of Marriage is a battlefield. If we’re not fighting each other then we’re fighting forces outside of our marriage. The times of peace often seem far and few.

I’ve always imagined myself a princess (sometimes in the form of a waiting Cinderella) and that sentiment became engrained when I was told that as the daughter of the Most High King, I am a Princess. So I waited for my Knight and after I was married I expected my husband to consistently stay in that role. I never realized that by stepping onto that battlefield, I myself became a Knight. A Combatant. A Champion. By stepping into that covenant I joined forces with another and together we became each other’s champions.

It’s taken me years to see this. Yes I pray for my husband often. I’ve prayed for his success, for his spiritual relationship with God, for his physical health. However, I often did it with the tag ‘reach him, Father, change him’. Instead of lifting him up as I should, I was being selfish simply because he wasn’t holding the image I had in my head for my knight. I would even (gasp) do things my way because I thought his way wasn’t the best way. I was attacking my knight, my partner, on the battlefield. If we had been on a physical battlefield, my actions would have: cost both of us our lives, cost one of us our lives, or I would have been punished for my actions.

Marriage isn’t often approached as the battlefield it is, because of this we are given the easy out of a divorce. Let me inform you of this: Marriage is not a convenience. It is not a simple transaction that is made and can be returned. It is not something to make you look better or to feel better about yourself. It is a covenant, a hard pact, to fight and to stand together. By nit-picking and attempting to mold your partner into the image you want you will only undermine the impact you two are called to have.

So here it is, my revelation. I am a Princess. But I’m also a warrior. And not just a warrior for God, though that is a big part. When I’m feeling down, when I’m on my knees and unable to stand, I pray for my husband to step up and fight for me. But here’s the thing, he has those moments too. Whether he admits them or not. Those are the moments when I need to gather my strength, pick up my Sword of God, step in front of my husband, and give his enemies the what-for.

If I want my husband to change, I should stop looking at him and start looking at the things that are attacking him (chances are, I’m one of those things). I need to put on my Armor of God, take up my Sword and Shield, and start defending my husband.

Two are better than one, because they have a good [more satisfying] reward for their labor; For if they fall, the one will lift up his fellow. But woe to him who is alone when he falls and has not another to lift him up! … And though a man might prevail against him who is alone, two will withstand him. A threefold cord is not quickly broken.

Why is it okay to be a champion of women’s rights but not a champion of our husbands? Why am I expected to stand up for my fellow woman, but not for the man I have pledged my life and love to? We’re so afraid of losing in this physical world that we’ve forgotten our spiritual battle. We don’t realize that we’re losing on the battlefield of marriage. We’re so focused on being our own champion that we’ve forgotten we’re our husband’s champion too.

When we are married, we are not standing on that battlefield as two separate entities that have the common partner of God. We are a threefold cord. We can’t leave our husbands to fight all alone or the cord will break. And we cannot leave God out of our braid or we will not hold.

So how can I fight for my husband? I can start by asking him where he’s struggling and then do what I can to help hold him up. I can pray against the powers that are coming against him, even if I don’t know what they are. I can build my husband up. I can assure him of my love. I can learn his love language and start becoming fluent in it. I can go to the battlefield in prayer and start praying good things over him without the thoughts and tags of seeing him change. I can learn to wield the Sword of God (His Word) and use it to defend my husband on the battlefield. I can become my husband’s champion.

3 thoughts on “My Husband’s Champion”